In a research report released April 27, Brean Capital analyst Ananda Baruah reiterated a Buy rating on Xerox Corp (NYSE:XRX), and reduced the price target to $13.20 (from $15), which implies an upside of 11% from current levels.

Baruah wrote, “The reality of legacy Gov’t Healthcare contracts costing more to stand-up than 1) originally anticipated and 2) without cost recourse contingencies baked in for XRX has become a recurring reality. We address this below, but bottom line is we don’t believe XRX is out of the woods yet. We maintain our Buy as 1) FCF profile and capital return remains intact, which is ultimately why folks own this name and 2) while the impacts have proven ongoing, we do believe with the actions taken in the last 12 months that XRX has its arms around the issues.”

“Stock is likely hamstrung for a couple quarters, although we’re hopeful that XRX gets more aggressive on share repurchase at these levels than it originally planned (we had originally expected $200M – $250M of repurchase during the Jun Q, and we’d love to see $400M – $500M of the $1B XRX plans to do this year), and we do note that the stock has a habit and history of performing well relative to fundamentals when expectations have been lowered. Our $13.20 TP is 12x the $1.10 in EPS we believe XRX could achieve in ’17 EPS.”, the analyst added. 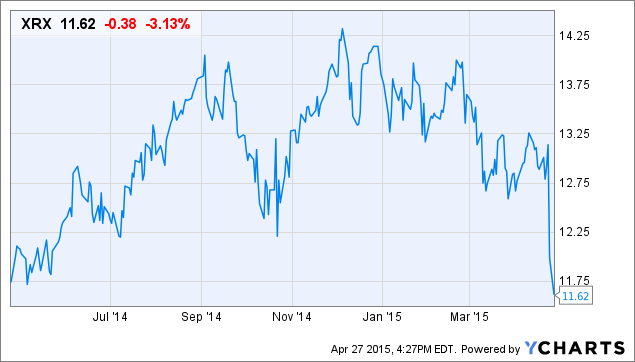 Buybacks: Thoughts On The Analysis Of This Important Use Of Capital