Workday’s Long-Term Fundamentals Are As Healthy As Ever, Says William Blair

Furby wrote, “Although the magnitude of the outperformance was below that of the last two quarters, we still view the result as very strong, and note that current period billings (revenue plus the sequential change in current deferred revenue) increased 55% year-over-year, only a slight deceleration from last quarter’s 59% growth, despite a much harder comp (87% comp this quarter versus last quarter’s 53% comp). Given changes in billing duration that the company has experienced over the last few years, we view current period billings as one of the best available proxies for future revenue growth, and we note that management’s current period billings guidance for this fiscal year is roughly 64%-65%, in line with fiscal 2014’s 68%.”

The analyst concluded, “We continue to believe that Workday’s long-term fundamentals are as healthy as ever. The company has the addressable market, product differentiation, customer focus, and management team in place to become a $10 billion-plus revenue company over the next decade, and for long-term oriented shareholders.” 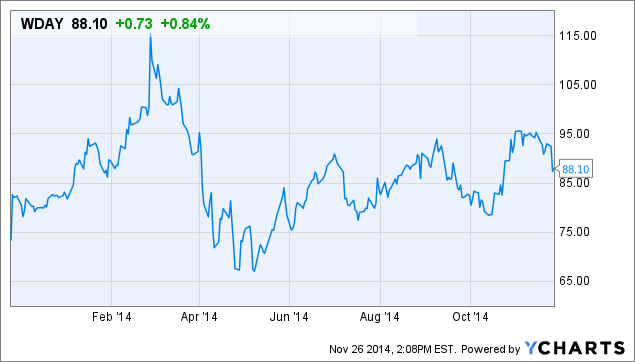