William Bliar Maintains Outperform On Cornerstone Ahead Of 2Q14 Results

In a research report published yesterday, William Blair analyst Justin Furby maintained an Outperform rating on Cornerstone OnDemand (CSOD) following positive conversations with partners, as well as discussions with Cornerstone’s competitors and other market participants at recent industry conferences (e.g., SHRM, Sapphire, Convergence, Converge Live), which lead him to believe Cornerstone had a strong second quarter, and that the demand environment in the talent management market remains healthy and continues to build. No price target was assigned.

Furby wrote, “We heard conflicting viewpoints from partners about the large, eightfigure deal (over five years) that management has been referring to in the pipeline. The deal seems to be an extremely complex transaction in the pharmaceutical vertical that involves the replacement of numerous disparate learning systems, and it appears that complexities around the contracting processes may have caused this deal to push into the third quarter. We believe that at least certain components of the deal closed early in the third period, although given conflicting information it is nearly impossible to be certain. We can appreciate that investors are laser-focused on this dealand whether it closed, but we believe that even without it in the second quarter, Cornerstone should be positioned to beat Street billings expectations given the strong level of enterprise activity that partners discussed. Further, we are confident that if in fact it did not close in the first half of the year, that it will close in the second half”.

According to TipRanks.com, which measures analysts and bloggers success rate based on how their calls perform, analyst Justin Furby currently has a one-year average return of 4.2% and a 25% success rate. Furby is ranked #2137 out of 3215 analysts. 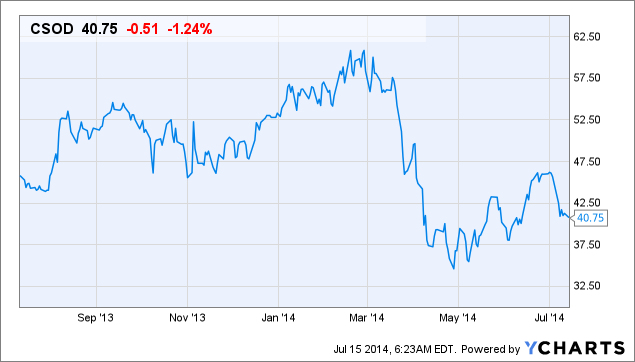