William Blair analyst Lawrence De Maria weighed in with his views on Caterpillar Inc. (NYSE:CAT), after the company disclosed 3-month rolling machine sales data that showed overall sales were down 11%. Asia-Pacific machine sales were down 25% following last month’s 19% decline, Latin America was down 37% after the 50% decline in June. North America was down 5% in line with the 5% decline in June and three consecutive months of positive comps from March to May.

De Maria wrote, “The overall trends are clearly weak to start the year and have worsened even in North America. The positive comps from March to May were probably some catch up and an overall improvement following a weak start to the year in part due to weather. The drops in June and July indicate some weakness in North America market and represent generally soft capital goods environment, and we assume weakness in oil- and gas-related business will begin to be reflected more in monthly numbers.”

The analyst rates Caterpillar shares an Outperform, with a price target of $90, which implies an upside of 18% from current levels.

Out of the 19 analysts polled by TipRanks, 8 rate Caterpillar stock a Buy, 10 rate the stock a Hold and 1 recommends Sell. With a return potential of 28.2%, the stock’s consensus target price stands at $97.93. 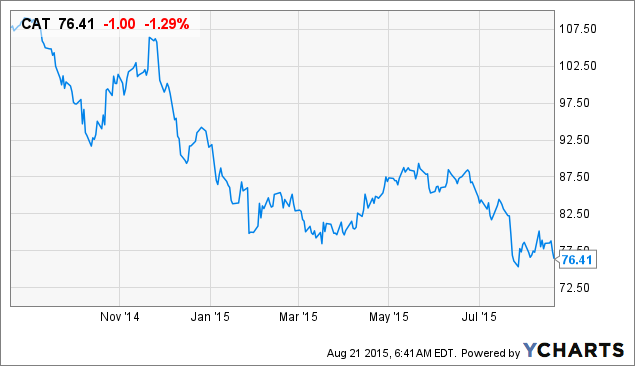