Ader wrote, “The upside was driven by better close rates on large seven-figure deals (Infoblox closed six of these in the quarter), the closing of several previously pushed-out deals, relative strength in the U.S. market (including federal), and improvements in go-to-market execution on the heels of realigned sales incentives and marketing programs. Management also noted significant cloud-based activity (20 cloud-related deals) and continued traction and interest in the security segment (roughly 4.5%-5.0% of revenue, up from 2.5%-3.0% last quarter). On the bottom line, non-GAAP EPS of $0.03 beat the Street estimate of $0.01, though operating leverage declined for the fifth consecutive quarter as the company continues to hire sales personnel. While the quarter was certainly a positive, it is only the first step in a multiquarter turnaround process that aims to reaccelerate product revenue growth (through a greater focus on product revenue, new accounts, and larger customers), improve operating margins, and seamlessly transition to a new CEO. We would like to see more boxes checked in this process before becoming more constructive.”

According to TipRanks.com, which measures analysts’ and bloggers’ success rate based on how their calls perform, analyst Jason Ader has a total average return of 7.4% and a 61.0% success rate. Ader has a -24.1% average return when recommending BLOX, and is ranked #842 out of 3273 analysts. 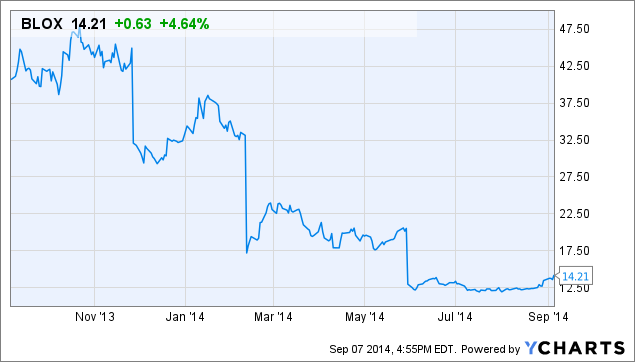