William Blair analyst Brian Weinstein weighed in with his views on Sequenom, Inc. (NASDAQ:SQNM), after the company announced that Chief Scientific and Strategy Officer Dirk van den Boom was named interim president and CEO. Dr. van den Boom, who will continue to serve as chief scientific and strategy officer, succeeds Bill Welch following his resignation from the president and CEO role and as a director of the company.

Weinstein wrote, “While we have been critical of management’s communication and believe this has been a factor in underappreciation of this asset, the swiftness of the change is surprising as we just met with Mr. Welch (and team) at the company’s headquarters as part of our West Coast Field Trip last month. In addition, we find the timing of the announcement odd with an analyst day scheduled for next Monday in New York City, an event we expect will focus on the company’s opportunities and strategy in both prenatal diagnostics and oncology. How the strategy could change under potentially new leadership adds uncertainty to the content and nature of the day.”

The analyst concluded, “As we wait for more clarity on this decision at the analyst event next week, we continue to view this as an undervalued name in the space. We still believe the focus will be on the components of revenue growth and operating results that investors should expect for 2016, when the story should be much cleaner than what has been a very painful transition in the business model (that has been multiplied by the competitive market dynamics and poor communication) throughout 2015.”

Weinstein reiterated an Outperform rating on Sequenom shares, without providing a price target.

Out of the 3 analysts polled by TipRanks, 2 rate Sequenom stock a Buy, while 1 rates the stock a Hold. With a return potential of 69%, the stock’s consensus target price stands at $3.50. 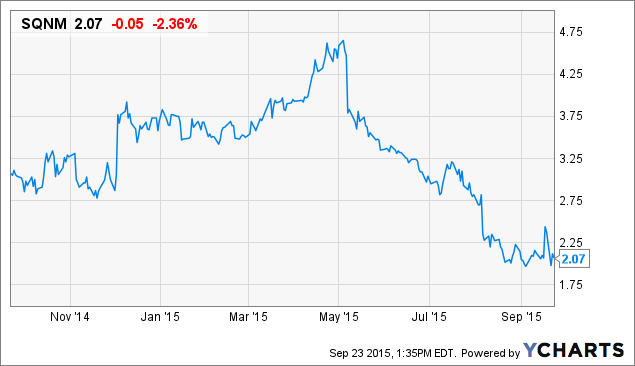