William Blair analyst Anil Doradla weighed in today with his views on Qualcomm Inc (NASDAQ:QCOM), after the company reported its fiscal second-quarter financial results, posting revenue of $6.89 billion (up 8% year-over-year) that was roughly $75 million above consensus. However, the company also reported significantly worse-than-expected guidance, commanding a nearly $1 billion guidance reduction for the full fiscal year.

Doradla wrote, “While our research highlighted incremental weakness in the chipset business heading into the quarter, the magnitude of the company’s guidance reset caught us by surprise. As highlighted above, loss of share at Samsung combined with Apple’s stronger performance and delayed launches at other ODMs were some of the main reasons for the shortfall. Despite the company’s fundamentals appearing weaker on the fringes, we continue to like the stock for its capital return opportunities.”

“The company’s aggressive operating expense cuts (management will provide more color during June quarter results), along with the eventual ramp up at delayed ODMs and the optionality of being designed back into Samsung (especially with Qualcomm moving its foundry relationship to Samsung) give us reasons to have an upward bias to the stock.”, the analyst added.

The analyst maintained an Outperform rating on QCOM, without providing a price target. 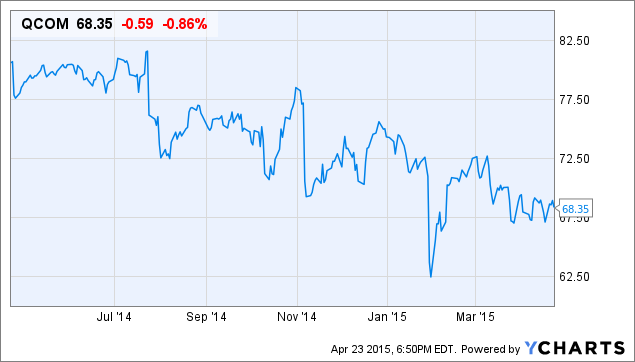