William Blair's healthcare analyst John Sonnier came out today with a few insights on Gilead Sciences, Inc. (NASDAQ:GILD), after the company sent warnings to health providers about potentially fatal risks for patients being treated with its top-selling hepatitis c drugs (Harvoni/Sovaldi) who also take the potent heart drug amiodarone. The analyst reiterated an Outperform rating on the stock.

Sonnier noted, "Gilead has evaluated its HCV drugs extensively with other heart drugs (beta blockers); no evidence to suggest there is a safety issue associated with these agents or that Sovaldi/Harvoni require cardiac monitoring outside co-administration of amiodarone." Furthermore, "We believe that this is a very low frequency event because utilization of amiodarone is low in the United States (less than 0.5% of patients)." Addiotnally, "Both the AbbVie Inc (NYSE:ABBV) ﻿and Johnson & Johnson (NYSE:JNJ) HCV drugs have this warning in their labels already." 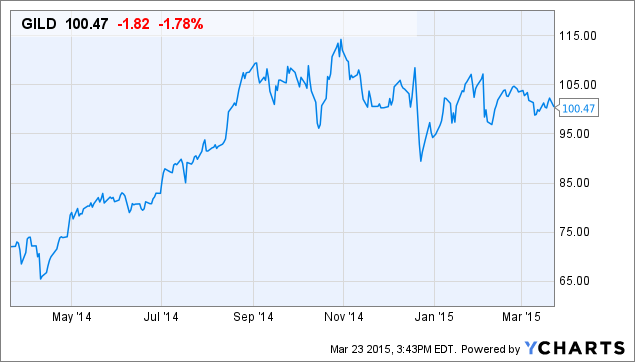