Ader said, “We applaud the continued improvements at Oracle as the company continues to manage through the transition to the cloud and sort out its hardware portfolio. In addition, we appreciate the stability of the business, as well as management’s commitment to returning cash to shareholders. Nevertheless, we still would like more consistency of execution on both software and hardware, and considering the significant after-hours jump in the stock, we would need more substantial upside to current expectations to become more constructive.”

The analyst concluded, “With average revenue and earnings growth expected in the low to midsingle digits, respectively, over the next two fiscal years, we believe shares trade roughly at fair value.”

According to TipRanks.com, which measures analysts’ and bloggers’ success rate based on how their calls perform, analyst Jason Ader has a total average return of 2.3% and a 50.0% success rate. Ader is ranked #1487 out of 3417 analysts. 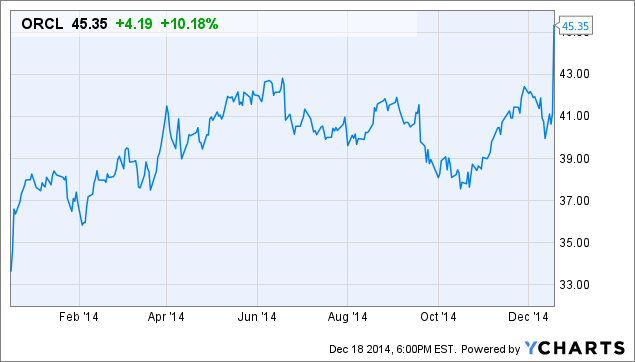