“The company provided advance notice that the meeting with Mr. McMillon and Charles Holley, CFO, would not include a discussion of second-quarter results, although our sense is that business trends have not changed materially since the first quarter. In contrast to Kroger’s (KR) recent comment that it was seeing a “less cautious consumer,” Wal-Mart indicated that it was not seeing much difference compared with 90 or 180 days ago”, Miller noted.

In conclusion, “Since our downgrade of the stock to Underperform in April, shares have declined by 2% versus an increase of 5% for the S&P 500. We view current valuation as fair but reiterate our Underperform rating as we see further downside risk to estimates.

According to TipRanks.com, which measures analysts and bloggers success rate based on how their calls perform, analyst Mark Miller currently has an average return of -1.8% and a 50% success rate. Miller is ranked #2736 out of 3155 analysts. 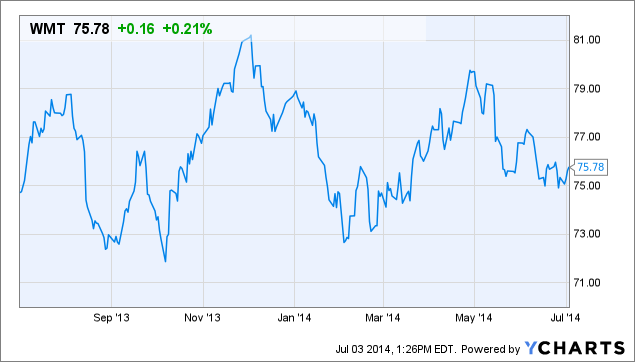