In a research note released this morning, William Blair reiterated coverage on Dynavax Technologies Corporation (DVAX) with an Outperform rating and a price target of $4.00.

The firm analyst Y Katherine Xu believes that at the current valuation, Dynavax offers an attractive investment opportunity as the leader of toll­like receptor (TLR) immune modulation. She assumes a Heplisav launch in both the United States and Europe in second half 2016 in the adult population with an 85% probability of success, and $600 million in peak sales eight years into launch. Her $4 price target is based on a valuation of approximately $3.50 per share for Heplisav and roughly $0.50 per share in net cash at year-end 2014.

According to TipRanks, which measures analysts and bloggers success rate based on how their calls perform, analyst Y Katherine Xu, who covers DVAX, has a one-year average return of -18.7% and a 36% success rate. 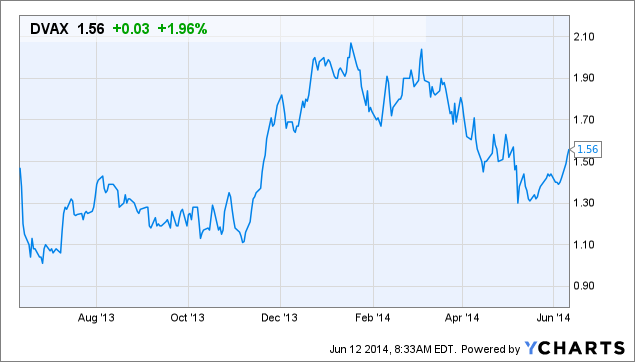