In a research note released Wednesday, William Blair analyst Tim Lugo reiterated coverage on Zogenix, Inc. (ZGNX) with a Buy rating, which represents a potential upside of 119% from where the stock is currently trading.

“As we continue to believe the focus during 2014 will be the launch of Zohydro, 2015 is shaping up to be a relatively catalyst-rich year. A Phase Ib clinical trial for Relday (a once-monthly dosing for schizophrenia patients after a washout of narcotics) should be initiated in fourth quarter 2014 and will enroll 40-60 patients with schizophrenia in a parallel group design with a 20-week treatment period against the active comparator, Risperdal Consta. The primary endpoint will be pharmacokinetics and safety, although efficacy data will also be collected. The expected date for a top-line data readout will be in the third quarter of 2015. The data update, along with the launch of the company’s next-generation Zohydro ER extended-release capsules and potential sNDA approval, make 2015 a year with major news flow for Zogenix”, lugo wrote.

According to TipRanks.com, which measures analysts and bloggers success rate based on how their calls perform, analyst Tim Lugo currently has an average return of -4.5% and a 33% success rate. Lugo has a -18.3% average profit recommending ZGNX, and  is ranked #2736 out of 3155 analysts. 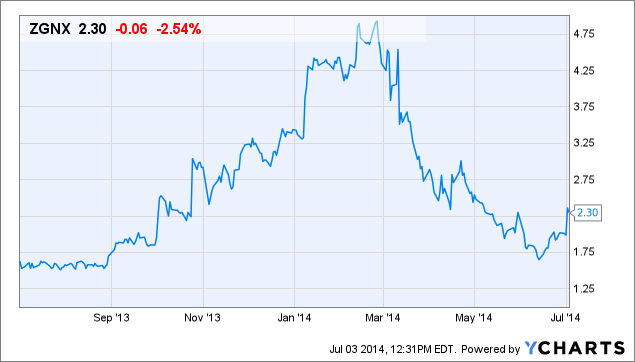