In a research report released Thursday, William Blair analyst Mark Miller reiterated an Outperform rating on Walgreen Company (NYSE:WAG), following the news that WAG’s President and CEO Greg Wasson will retire following the completion of the merger with Alliance Boots. No price target was provided.

Miller wrote, “Considering the lingering investor frustration from the contract impasse with Express Scripts and execution mishaps at Walgreens over a multiyear period, we believe investors will view the change in leadership favorably. While it is unclear who will assume permanent CEO responsibilities at Walgreens, we believe the company could attract a high-caliber individual for the role. Glen Murphy (former chairman and CEO at Gap Inc. and Shoppers Drug Mart) is an example of a potential leader that investors likely would embrace.” 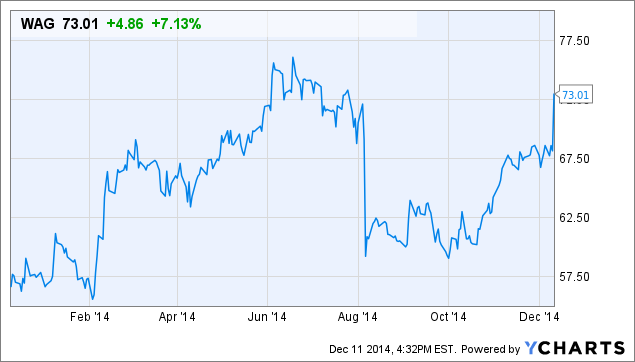