Shutler observed, “We continue to recommend TD Ameritrade shares based on its strong market positioning, potential for increasing market volatility to drive better trading, significant interest rate upside down the road, and a roughly 3% dividend yield when factoring in a likely special dividend that could be announced in October.”

According to TipRanks.com, which measures analysts’ and bloggers’ success rate based on how their calls perform, analyst Christopher Shutler has a total average return of 1.9% and a 50.0% success rate. Shutler is ranked #2479 out of 3277 analysts. 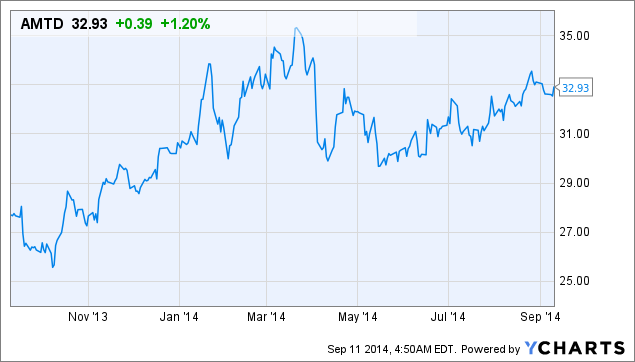