Xu observed, “Synthetic Biologics introduced P2A, a beta-lactamase that breaks down all three major classes of beta-lactam antibiotics including carbapenems, penicillins, and cephalosporins, as a successor candidate to SYN-004.” Furthermore, “The interim analysis of the Phase IIb study is expected by year-end, which will serve as a proof-of-concept catalyst for Synthetic Biologics shares.”

Regarding the clinical development plan of SYN-010, Xu noted, “Proof-of-concept data from the Phase II study should serve as another strong catalyst for Synthetic Biologics shares, in our opinion. The 4-week interim analysis might be available in September, and the final analysis of the 12-week duration will be available by year-end.”

Bottom line, “We continue to believe that the proof-of-concept data from both SYN- 004 and SYN-010 programs by year-end will be important catalysts and serve as value inflection points for Synthetic Biologics shares.”

According to TipRanks.com, which measures analysts’ and bloggers’ success rate based on how their calls perform, analyst Y Katherine Xu has a total average return of 17.8% and a 61.1% success rate. Xu is ranked #477 out of 3633 analysts. 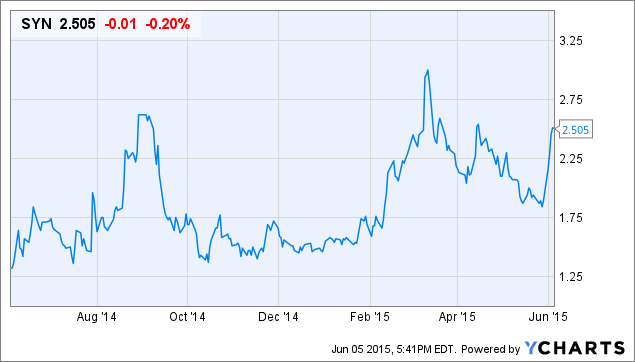