Zackfia noted, “At its biennial analyst day, Starbucks detailed its plan to nearly double its revenue by fiscal 2019 to nearly $30 billion, versus $16 billion last year, representing annual revenue growth of roughly 11% after adjusting for the pending acquisition of Starbucks Japan. If achieved, we estimate Starbucks would generate at least $5.50 in EPS by fiscal 2019, representing a more than doubling from last year’s EPS and a continuation of 15% to 20% annual EPS growth.”

The analyst concluded, “At 25 times our calendar 2015 estimate, we continue to view Starbucks as a core large-cap consumer holding given its resilient sales trends, strong global growth prospects, and high visibility on 15% to 20% annual EPS growth.” 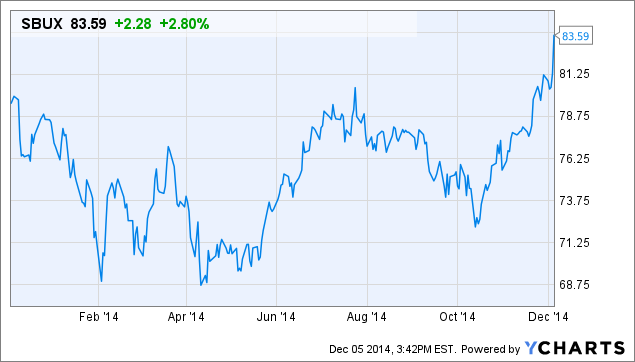