Ader commented, “While we are somewhat surprised by the magnitude of the miss, based on our VAR discussions, we believe large deal push-outs in the U.S. federal vertical are partly to blame as well as overall softness in the SteelCentral product line (OPNET and Cascade). Overall, our reseller discussions showed Riverbed’s WAN optimization business to be relatively stable, albeit mature with limited growth prospects. While we applaud Riverbed’s ability to control costs and maintain earnings discipline, the company’s growth profile remains in question”.

The analyst continued, “Still, we note that the September quarter may provide a sharp rebound on the federal side, with a potential budget flush from the government’s fiscal year end. More importantly, the outstanding $21 Elliott Management bid remains in place, which should continue to support the stock to some extent. With the preannouncement, pressure could mount for management to accede to shareholder demands. However, were the probability of a buyout to sour, our constructive posture could wane”.

According to TipRanks.com, which measures analysts and bloggers success rate based on how their calls perform, analyst Jason Ader currently has a one-year average return of 15.3% and an 55% success rate. Ader has a 41.4% average return when recommending RVBD, and is ranked #434 out of 3215 analysts. 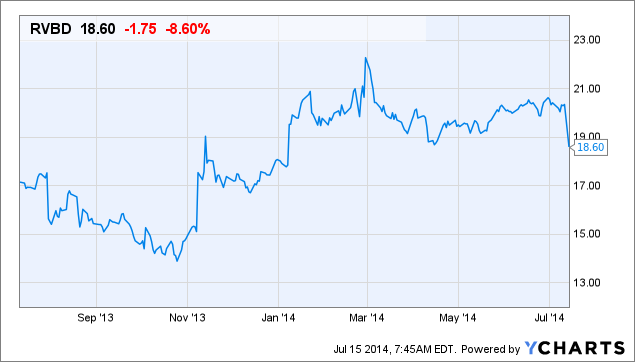