In a research note issued today, William Blair analyst Ben Andrew reiterated an Outperform rating on Insulet (NASDAQ:PODD), following the news that the Chief Executive Officer Duane DeSisto is retiring after 13 years at the Company. Patrick Sullivan was named CEO. No price target was given.

Andrew noted, “Insulet has performed well over the last several years, but there have been occasional, modest strategic and operational missteps that might have been avoided. While an abrupt CEO transition is necessarily concerning, the company reiterated its third-quarter and full-year guidance, and we remain comfortable that Insulet’s business is solid.” The analyst added, “We have not yet met with Mr. Sullivan, but believe he will bring a fresh look at Insulet’s strategic direction and operating approach, and should be able to improve the company’s performance over time.”

According to TipRanks.com, which measures analysts’ and bloggers’ success rate based on how their calls perform, analyst Ben Andrew has a total average return of 10.3% and a 83.3% success rate. Andrew is ranked #1128 out of 3284 analysts. 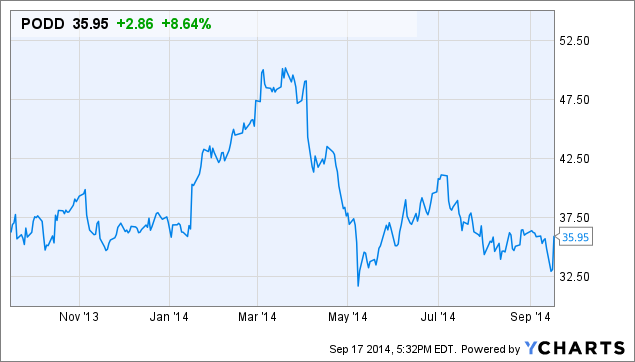