Sonnier wrote, “In our view, sofosbuvir/velpatasvir demonstrated significant cure rates across genotypes with 12 weeks of treatment […] We believe the robust pan-genotypic profile eliminates the need for concomitant administration of ribavirin, which is associated with severe side effects such as anemia.”

Furthermore, “We believe the clinical profile of sofosbuvir/velpatasvir bodes well for Gilead to further penetrate ex-U.S. markets, where non-genotype 1 HCV is more prevalent. In Japan and Italy, genotype 2 accounts for 29% and 27%, respectively, of the entire HCV market, and in other European markets, genotype 3 prevalence ranges from 20% in France and Spain to 40% in the United Kingdom. It is our view that sofosbuvir/velpatasvir is in an excellent position to increase Gilead’s market penetration in non-genotype 1 patient populations.”

Bottom line: “We believe that Gilead has extensive expertise in drug discovery, development, and commercialization. The company has also been extremely active relative to its peers in strategic development. We see strong growth potential driven by greater confidence in HIV market growth, the potential of the HCV and oncology franchises, and accretive revenues from new products, such as Letairis, Ranexa, and other late-stage products. Based on our favorable outlook for the company, we believe Gilead will outperform the market in the near term.”

Out of the 21 analysts polled by TipRanks, 18 rate Gilead Sciences stock a Buy, 2 rate the stock a Hold and 1 recommends to Sell. With a return potential of 22%, the stock’s consensus target price stands at $127.06. 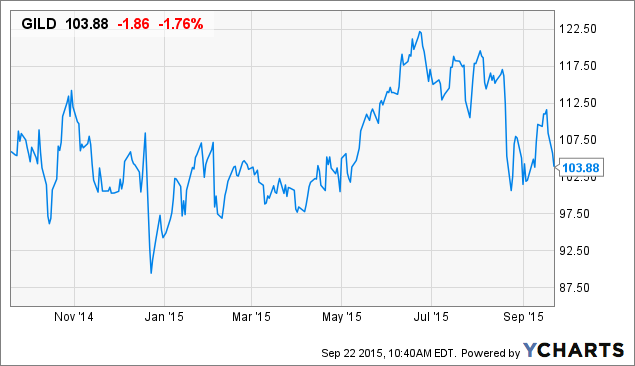