In a research report issued yesterday, William Blair analyst Jonathan Ho reiterated an Outperform rating on Garmin (NASDAQ:GRMN). No price target was given. This report followed the presentation of the Apple Watch.

Ho noted, “While we were impressed by the new device that Apple launched and believe that Apple could be a significant driving force in the broader adoption of wearable technology, we believe it will take multiple iterations of the product and a stronger core value proposition to replace demand for Garmin’s niche devices. We concede that some market share could shift to Apple just based on the strength of the company’s brand, but do not believe this will be a material enough impact to slow Garmin’s business. “

According to TipRanks.com, which measures analysts’ and bloggers’ success rate based on how their calls perform, analyst Jonathan Ho has a total average return of 5.0% and a 63.6% success rate. Ho has a 23.2% average return when recommending GRMN, and is ranked #1643 out of 3277 analysts. 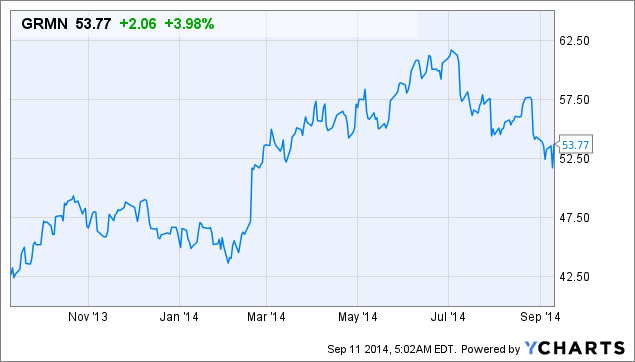