Sonnier wrote, “We expect data from three additional Phase III programs over the coming 12-18 months, including the COMET trial results with cabozantinib in metastatic castration resistant prostate cancer (mCRPC) by the end of the year. We reiterate our enthusiasm for cabozantinib in mCRPC, as we believe targeting bone pain along with overall survival has the potential to differentiate cabozantinib as an asset with a unique clinical profile. In addition, Phase III data with cabozantinib in renal cell carcinoma (RCC) is expected in 2015, which illustrates cabozantinib’s potential broad applicability across multiple indications”.

Sonnier continued, “We believe that successful completion of Phase III trials and potential commercialization of cabozantinib into the market will lead to the creation of significant shareholder value. Operating expense guidance is $250 million-$280 million for the year and Exelixis ended the first quarter with $408 million in cash”.

According to TipRanks.com, which measures analysts and bloggers success rate based on how their calls perform, analyst John Sonnier currently has a one-year average return of 51.1% and an 86% success rate. Sonnier is ranked #391 out of 3215 analysts. 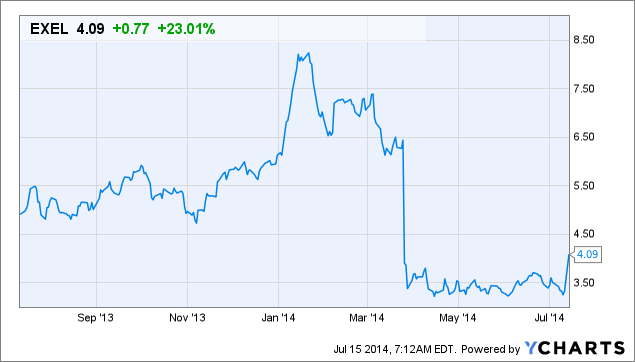