In a research note released Wednesday, William Blair analyst Brian Weinstein reiterated coverage on Exact Sciences Corporation (EXAS) with a Buy rating, after he spent the day at Exact Sciences’ headquarters in Madison, Wisconsin, and came away with two key conclusions as follow:

No price target was assigned.

According to TipRanks, which measures analysts and bloggers success rate based on how their calls perform, analyst Brian Weinstein currently has a one-year average return of 38.5% and a 100% success rate. Weinstein is ranked #1092 out of 3155 analysts. 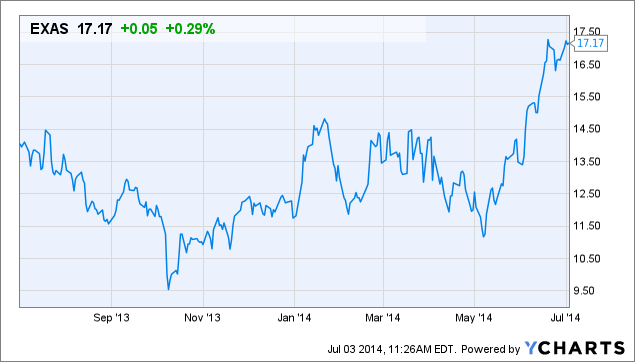