In a research report issued on Friday, William Blair analyst Brian Weinstein offered some insights EXACT Sciences Corporation (NASDAQ:EXAS) following the company’s first investor day held yesterday. The event included a review of the Cologuard launch, a discussion of the growing pipeline, and a tour of the lab and customer service center. Weinstein rates EXAS shares an Outperform without providing a price target.

Weinstein noted, “Our overall conclusion from the event is that the Cologuard launch is tracking at or above our expectations and gaining momentum ahead of an important USPSTF decision (which we have intentionally been conservative at assigning a 70/30 chance of going in favor of the company’s product attaining an A or B rating).”

“At the same time, the company is establishing a broader infrastructure to assist in the evolution into a platform technology player focused on early detection of cancers and pre-cancers. The success of these additional programs remains a very large question mark, but the idea that Exact is broadening its reach and partnering with major players in the industry should be seen positively by the investment community.”, the analyst continued.

Out of the 11 analysts polled by TipRanks, 6 rate Exact Sciences Corp stock a Buy, 4 rate the stock a Hold and 1 recommends Sell. With a downside potential of 8.4%, the stock’s consensus target price stands at $27.20. 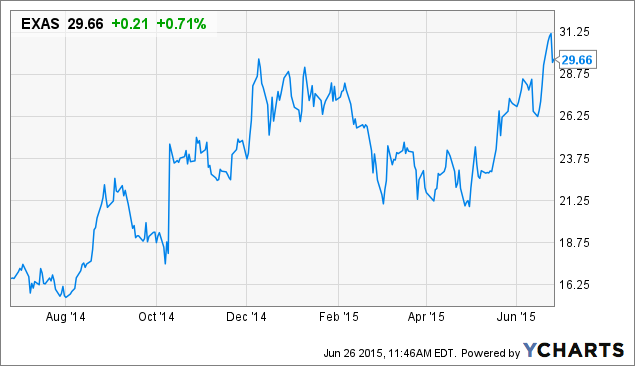