“Management provided a capital deployment outlook for 2014 and 2015 that was comfortably above our expectations. Mr. Grinberg was quite confident in the India opportunity, which the company anticipates to begin in 2015. Discussion of the U.S. regulatory environment suggested continued uncertainty, but potential rule changes, which are likely in 2015, would be manageable, in our view”, said Napoli.

According to TipRanks, which measures analysts and bloggers success rate based on how their calls perform, 4-star analyst Robert Napoli, who covers ECPG, has a one-year average return of 35.6% and a 83% success rate. 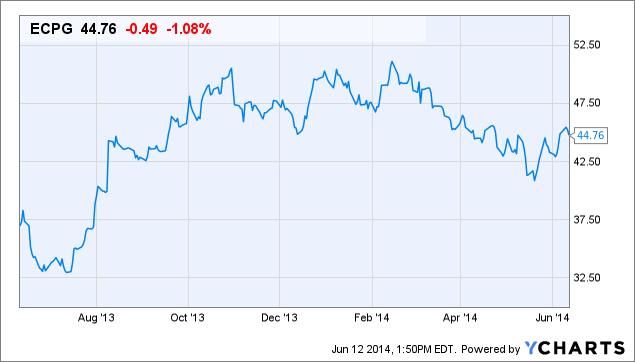