Netis wrote, “While revenue guidance—now tracking at the high end of the range—feels conservative to us (and management agrees with us), EPS guidance of $0.18-$0.20 feels more like a stretch, with our full-year estimate of $0.18 (down from $0.20) barely scratching the low end of the range. Despite a healthy top-line showing, the lack of meaningful EPS upside in the past two quarters will likely keep the lid on the stock until favorable tailwinds emerge—expected gains from lower operating expenditures from OCS R&D grant and moderating foreign exchange impact. Given continuing headcount investments, associated with the grant from the Israeli government Office of Chief Scientist, and the bulk of hiring occurring in 2014, it looks like the upside, as feared, at least in the near term, will also be limited, and will likely show up more in 2015 and 2016. However, the likelihood of diminishing foreign exchange impact in the near future, continued gross margin expansion, top-line momentum from key go-to-market (MS Lync, UCaaS) and product initiatives (SBC, MSBR, IP phones) and solid execution, paint a brighter picture as we move into the second half of the year”.

According to TipRanks.com, which measures analysts’ and bloggers’ success rate based on how their calls perform analyst Dmitry Netis has a -0.5% average return and a 25% success rate. Netis is ranked #2461 out of 3189 analysts. 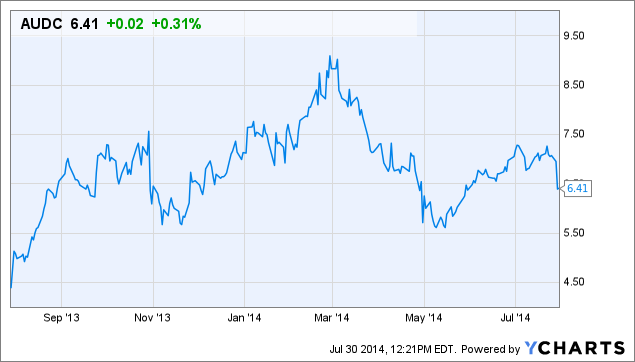