William Blair analyst John Sonnier reiterated an Outperform rating on Array Biopharma (NASDAQ:ARRY), following the news that the company has regained worldwide rights to binimetinib from Novartis. No price target was provided.

Sonnier wrote, “We believe the latest agreement is beneficial to Array, allowing them to potentially leverage the clinical experience and expertise from Novartis.” He added, “We are encouraged by the agreement, as it provides Array with an economically rich collaborative framework to develop binimetinib in the clinic while conserving cash to make progress on other proprietary and partnered compounds.”

The analyst concluded, “we believe that the advancement and visibility of the pipeline could add significantly to shareholder value in the next 12 months, with potential visibility into several registration-enabling studies.”

According to TipRanks.com, which measures analysts’ and bloggers’ success rate based on how their calls perform, analyst John Sonnier has a total average return of 15.7% and a 60.0% success rate. Sonnier is ranked #663 out of 3395 analysts. 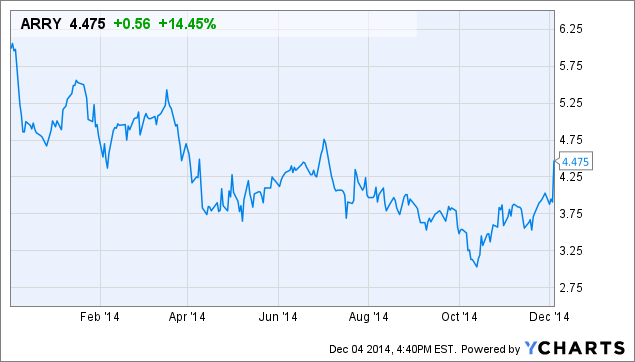