William Blair analyst Jim Breen reiterated an Outperform rating on 21Vianet (NASDAQ:VNET), as the company reported financial results for the third quarter of 2014 with revenue and EBITDA below consensus expectations. No price target was provided.

Breen noted, “Shares of 21Vianet trade at 9.7 times our estimate for 2015 EBITDA. Given the growth profile, mix of business, and barriers to entry into the Chinese data center market, we view the valuation as attractive. We believe that 21Vianet is in a position to benefit directly from not only the growth of the Internet in China, but also the inadequacy and geographical segregation of China’s networks and directives from the Chinese government.” 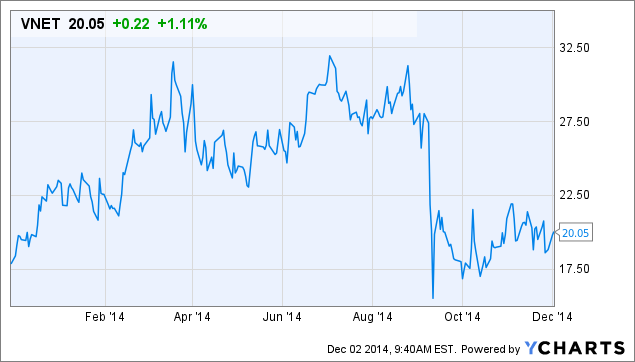