Xu noted, “We believe the HBV-23 study could address the key issues raised by the regulatory authorities, further differentiate Heplisav from Engerix-B, especially in hypo- responsive populations, and continue demonstrating the management team’s ability to deliver on proposed timelines. The study design consists of randomizing volunteers 2:1 to HEPLISAV-B or Engerix-B. The co-primary endpoints of the study are: 1) evaluate overall safety profile of Heplisav; and 2) demonstrate the non-inferiority (and subsequently potential superiority) in peak seroprotection rate (SPR) induced by Heplisav compared to Engerix-B at week 28 in subjects with type 2 diabetes (T2D). The study will provide for the first-time prospective data of Heplisav versus Engerix-B in a few subpopulations that are traditionally less responsive to Engerix-B, including the diabetic population, smokers, and people with high body-mass index (BMI). We believe Heplisav will prove to be superior to Engerix-B in all these subpopulations based on data generated previously. Heplisav remains Dynavax’s lead asset, so any positive news could be incrementally positive for the stock.”

According to TipRanks.com, which measures analysts’ and bloggers’ success rate based on how their calls perform, analyst Y Katherine Xu has a total average return of 0.4% and a 52.2% success rate. Xu has a -3.0% average return when recommending DVAX, and is ranked #2219 out of 3309 analysts. 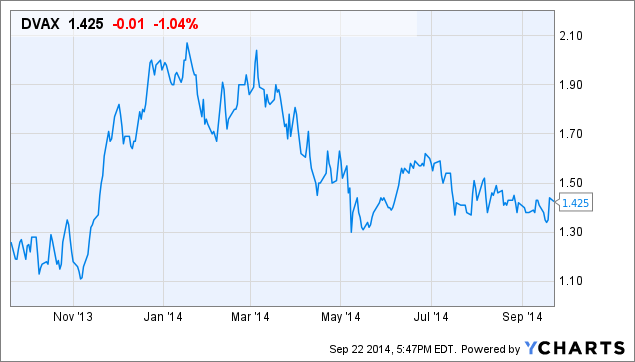