Biogen Idec Inc (NASDAQ:BIIB) shares were on the rise Friday after the company announced data from a pre-specified interim analysis of PRIME, the Phase 1b study of aducanumab (BIIB037), which demonstrated an acceptable safety profile and positive results in patients with prodromal or mild Alzheimer’s.

Sonnier wrote, "In our view, the study was designed to capture the full clinical benefit of aducanumab, and we look forward to learning about the Phase III trial design during the second half of this year. One of the most promising aspects of this trial is the exclusion of patients who did not have detectable levels of amyloid beta plaques at the time of enrollment."

Furthermore, "The company is using a novel detection agent to verify the presence of amyloid plaques by PET imaging. The procedure allows investigators to exclude patients who would not benefit from the administration of aducanumab, which may have otherwise confounded the results. While aducanumab is still early in its clinical development, given the study was randomized, placebo controlled, and enrolled a relatively large patient population, we believe the asset is de-risked heading into a pivotal Phase III program."

The analyst rates BIIB an Outperform without providing a price target.

According to TipRanks.com, which measures analysts' and bloggers' success rate based on how their calls perform, analyst John Sonnier has a total average return of 24.1% and a 73.3% success rate. Sonnier is ranked #340 out of 3553 analysts. 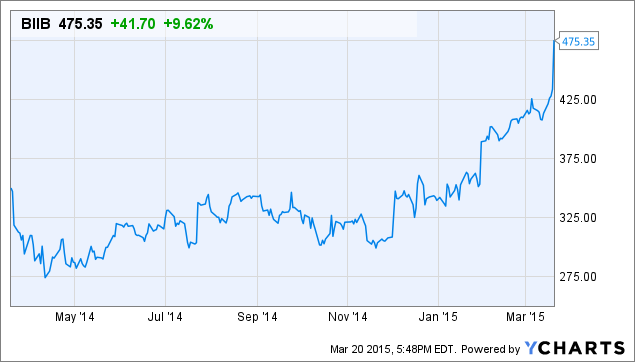