Weinstein wrote, “Last week, we traveled with Becton Dickinson CEO Vincent Forlenza, CFO Christopher Reidy, and Vice President of Investor Relations Monique Dolecki to visit investors. Given management’s wider restrictions on its quiet period, we believe this was the last set of meetings management will be taking with investors before it reports its fiscal year-end numbers in late October or early November. There was little in the way of short-term discussion and the topics were fairly high-level in nature. Importantly, we did not pick up on anything that would be of particular concern this quarter and we would be surprised if there were new themes or if results differed from guidance this year or if 2015 guidance will differ much from consensus. Still, we have adjusted our numbers for 2014 and fiscal 2015 based on foreign exchange movements and this alone represents the decrease of $10 million and $79 million in revenue and $0.02 and $0.06 in EPS for the respective years.”

According to TipRanks.com, which measures analysts’ and bloggers’ success rate based on how their calls perform, analyst Brian Weinstein has a total average return of 19.5% and a 75.0% success rate. Weinstein is ranked #975 out of 3293 analysts. 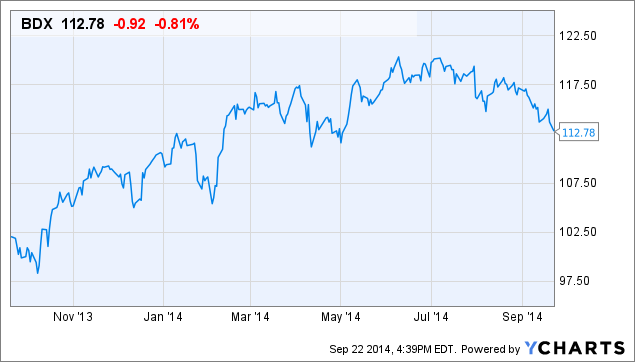