In a research report released this morning, William Blair analyst Nicholas Heymann reiterated a Market Perform rating on Ingersoll-Rand Plc (NYSE, IR) and lowered his price target to $66 (from $67), which represents a 9% upside for the stock.

Heymann wrote, “We remain cautiously optimistic about the company’s above-average exposure to the still-nascent recovery in new U.S. construction (28% commercial and 13% residential) and the operational risk surrounding the company’s ongoing execution issues (especially in residential solutions). However, our current modest P/E premium to the market valuation target reflects our belief that Ingersoll-Rand’s management has demonstrated the ability to achieve steady improvements in operating profitability even in a highly dynamic global economy, underscored by its ability and commitment to also continue to consistently invest in new products and technologies. While one of the company’s largest investors (Nelson Peltz) has reduced its stake, we believe Ingersoll-Rand remains well-positioned for continued growth for long-term oriented investors as its end-markets gradually rebound and operating margins continue to steadily improve through mid-decade.”

According to TipRanks.com, which measures analysts’ and bloggers’ success rate based on how their calls perform, analyst Nicholas Heymann has a total average return of 3.3% and a 66.7% success rate. Heymann is ranked #2246 out of 3243 analysts. 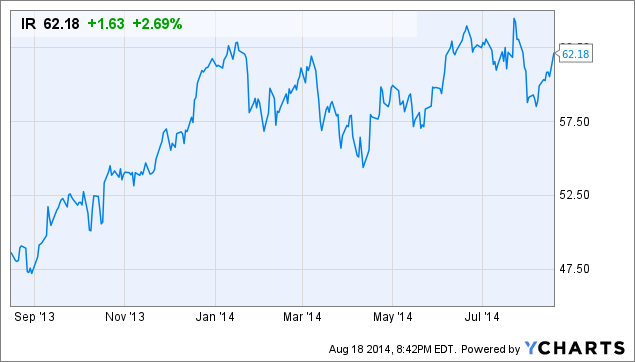