Dobell commented: “The company put out a press release this morning noting that volumes lost from the Rosetta transition to sand were not able to be replaced and E&Ps continue to experiment with sand at the expense of ceramic volumes. We are lowering our 2014 and 2015 EPS estimates, driven by expectations for ceramic volumes to be in line with to lower than the first quarter, a bit less pricing than our previous model (driven by continued slack demand and too much supply for ceramics and resin coated), and no major changes to our cost structure in either year. We believe the demand issues probably put in question the timing of the second line at Millen (targeted to contribute to first quarter 2015 volumes).” 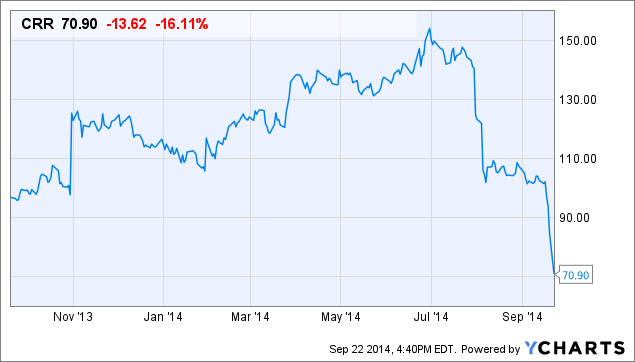