In a research report published today, William Blair analyst Timothy McHugh reaffirmed an Outperform rating on Towers Watson (NYSE:TW), on the heels of the news that General Electric’s (GE) medicare-eligible retirees will be moved to Tower Watson’s retiree exchange.

McHugh wrote, “The move will affect about 65,000 retired salaried employees and their spouses, although we have not been able to confirm that number, and we are not sure if this change is reflective of all GE retirees (or just parts of the company). This is the second recent publicized retiree exchange win for Tower Watson following last week’s announcement that Alcoa (AA) was moving its retirees to OneExchange (we estimate that move included about 13,000 lives). The company also added Northrup Grumman (NOC) as an off-cycle win earlier this year. While these additions remain below last year’s IBM (IBM ) win (about 110,000 lives), we believe they are solid customer additions, bringing on more well-known brand names to the company’s list of clients.”

The analyst continued, “Given that we believe management had very good visibility into client additions when it gave its expectations for enrollment figures, the GE win was probably included in the guidance for 300,000 net new lives (off of a base of 700,000) in the company’s retiree exchange over the next year. Thus, the announcement does not change our estimates at all. It is consistent with our view though that Towers Watson (and other exchange providers) will benefit, as it did last September and October, from positive headlines about the adoption of exchanges at name-brand corporations.”

According to TipRanks.com, which measures analysts’ and bloggers’ success rate based on how their calls perform, analyst Timothy McHugh has a total average return of 27.8% and a 88.9% success rate. McHugh is ranked #589 out of 3298 analysts. 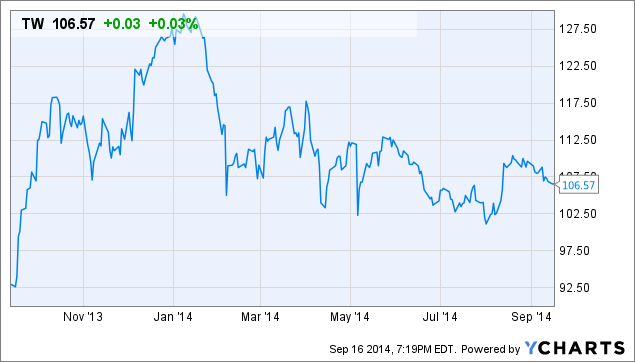