According to the announcement, both companies have entered an exclusive partnership in the area of enterprise mobility, with the companies developing enterprise-centric applications for mobile device management, security, and analytics. The partnership will leverage Apple’s leadership in devices, and IBM will bring on its expertise and knowledge in the enterprise arena.

Doradla wrote, “We view this news as a long-term negative to BlackBerry (BBRY), which under the leadership of John Chen has been betting its future on enterprise-centric security and management applications. In addition, we view the announcement as a mixed bag for other MDM players, such as Mobile Iron (MOBL) and Good Technologies) that may potentially see some headwinds on the iOS front while seeing greater adoption with the Android ecosystem. We expect the Apple/IBM partnership to start rolling off applications within the next six months and believe Apple’s upcoming release of iOS8 will incorporate features”.

Doradla continued, “Apple has not previously partnered with large companies (especially the ones that it has competed against in the past) and given the long-term strategic implications of this partnership, we are surprised by Apple’s decision. We believe Apple has made the right move, and expect this partnership to be fruitful to both companies”.

According to TipRanks.com, which measures analysts and bloggers success rate based on how their calls perform, analyst Anil Doradla currently has a one-year average return of 2.9% and a 57% success rate. Doradla has a -12.3% average return when recommending APPL, and is ranked #1767 out of 3215 analysts. 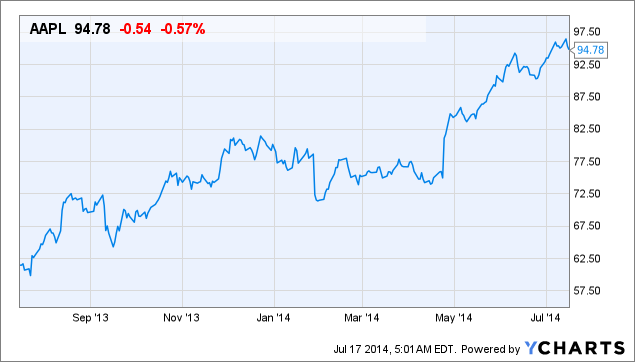