In a research report released yesterday, William Blair analyst Tim Lugo reaffirmed an Outperform rating on Allergan Inc. (AGN), following the release of the company’s second quarter results. No price target was assigned. Product sales in the second quarter were $1.827 billion, up 15.9% year-over-year. These are higher than both consensus of $1.780 billion and William Blair’s estimate of $1.754 billion estimate.

Lugo wrote, “While the financial performance continues to be impressive at Allergan, the earnings release contained little new information on the recent hostile bid by Valeant/Pershing Square. Management cited the recently implemented year-long “poison pill” and an ongoing review of the proposal by Valeant/Pershing Square and that they would pursue the course of action that it believes is in the best interest of shareholders”. 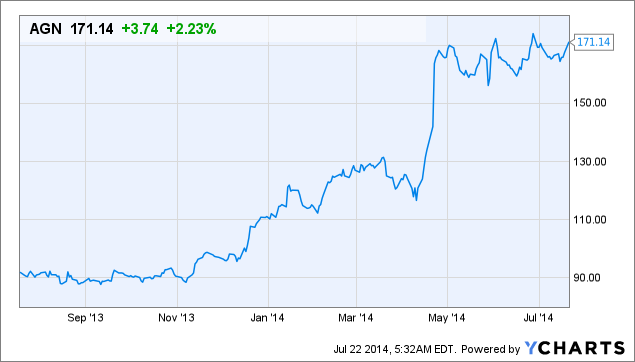