Breen noted, “This win is significant because of not only the magnitude of aircraft, but also the competitive dynamic. Gogo beat out United’s two existing suppliers of connectivity services: Panasonic Avionics and LiveTV. In addition, we learned that United is reimbursing Gogo for the ATG-4 equipment. With this win, we are confident that Gogo will also be successful in its bid for the remaining American Airlines (AAL $29.82) aircraft (about 170) up for award. The majority of the United installations are expected to be complete by second quarter 2015.”

The analyst added, “Shares of Gogo are trading at an enterprise value of 2.6 times our 2014 revenue estimate. Given our expectation for strong international growth, improved quality-of-service driving a higher take-rate, and new services bringing incremental revenue per passenger, we believe that shares of Gogo are undervalued.”

According to TipRanks.com, which measures analysts’ and bloggers’ success rate based on how their calls perform, analyst Jim Breen has a total average return of -15.8% and a 14.3% success rate. Breen is ranked #3063 out of 3348 analysts. 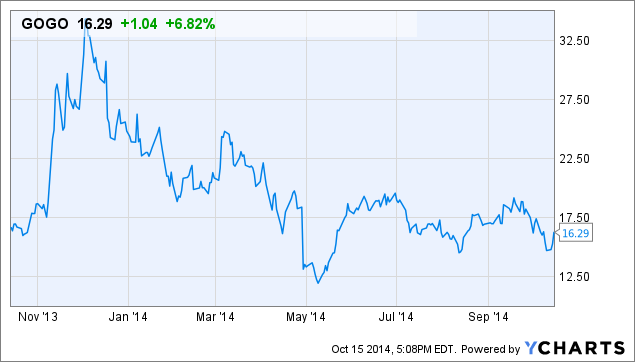