Sonnier wrote, “We are encouraged by Kyprolis’s clinical profile demonstrated in the Phase III ASPIRE trial. The ASPIRE trial is a Phase III study composed of roughly 780 patients with relapsed multiple myeloma. Kyprolis in combination with Revlimid and dexamethasone extended the progression-free survival, the primary endpoint of the trial, by 8.7 months, versus Revlimid plus dexamethasone (26.3 months versus 17.6 months, p<0.0001). In addition to efficacy, a key focus of investors in the ASPIRE trial was on the cardiac toxicity. Full details of the trial will be presented later this year, but we note that cardiovascular toxicity was consistent in the ASPIRE trial with the current Kyprolis label in the United States. In our view, pending positive results from the Phase III FOCUS trial, which is scheduled to report this quarter, should further add to the drug’s commercial positioning”.

The analyst concluded, “We believe the shares remain fairly valued given the company’s near-term growth prospects; however, we acknowledge the company has a large number of ongoing Phase III trials, which could provide new growth opportunities over time, pending positive study results”. 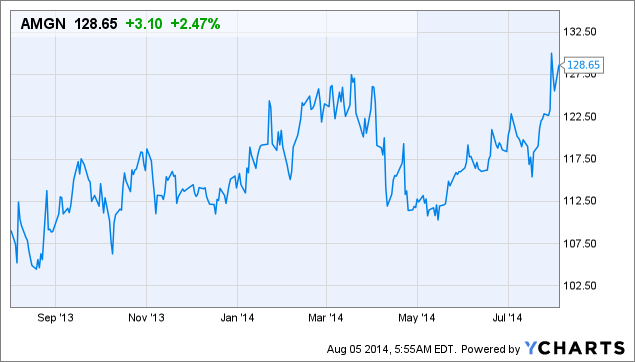