In a research report issued this morning, William Blair analyst Anil Doradla maintained coverage with a “Market Perform” rating on TESSCO Technologies Incorporated (TESS) following discussions he has held with CEO Robert Barnhill and CFO Aric Spitulnik of Tessco Technologies in which he focused on understanding the long-term trends shaping the business.

“Overall, we came away with better appreciation of the direction of the business and we are incrementally more positive on the company’s long-term growth prospects. The company is in the midst of multiple transitions, and over the next several quarters, a combination of improvements on the customer front (the company recently completed the transition away from the $213 million third-party logistics engagement that was lost in fiscal 2013), entry to new verticals, and introduction of new customer service platforms is expected to improve the company’s top-line growth trends; Tessco is expected to revert to midteens revenue growth longer term. Shares trade at 12.6 times our calendar 2015 EPS estimate of $2.40”, Doradla wrote.

According to TipRanks, which measures analysts and bloggers success rate based on how their calls perform, analyst Anil Doradla, who covers TESS, currently has a one-year average return of 3.8% and a 54% success rate. He is ranked #1616 out of 3112 analysts. 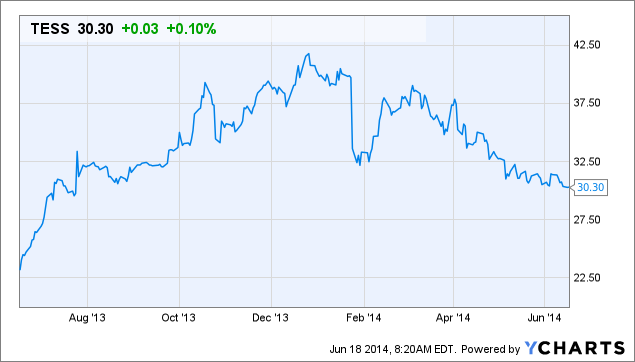