Drab wrote, “In June, sales of electric vehicles (EVs) and plug-in hybrid-electric vehicles (PHEVs) increased sequentially to a 2014 high in terms of share of U.S. total light-vehicle sales. The June result of 0.81% was the second-highest figure reported to date, only trailing October 2013 (0.84%). Unit sales in June increased 31% year-over-year and decreased 8% sequentially. The unit sales number in June was the second-highest of all time (11,493), only trailing May 2014. Year-over-year sales growth of electric vehicles was primarily driven by a 397% increase in the Ford (F $17.64) Fusion Energi (best monthly result to date, despite recent announcement regarding reduction in stated range; more detail below), 169% growth in the Toyota Prius PHV (higher Toyota-specific incentives and lower price compared with the prior-year period), and the contribution from the BMW i3, which recently launched in the United States. Hybrid-electric vehicles (HEVs) as a percentage of U.S. total light-vehicle sales decreased on a sequential basis in June to 2.77% (3.26% in May), while hybrid unit sales decreased 13% year-over-year and 25% sequentially. Hybrid market share was roughly in line with the 2014 average. Although the pace of vehicle electrification—specifically with the use of lithium batteries—is behind many early forecasts, we continue to believe sales results reflect building demand in the choppy, early stages of market development associated with most new technologies” 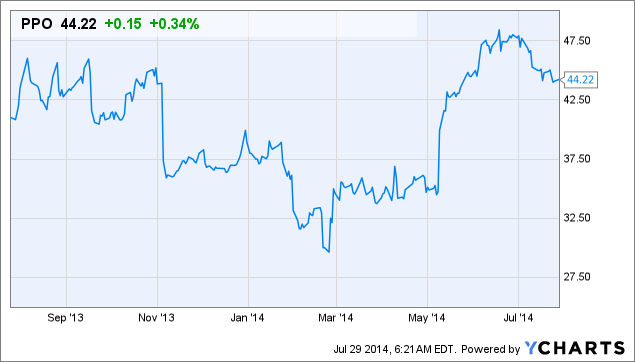 MLV Initiates Coverage On Polypore, Sees 21% Upside For The Stock

Polypore International: We Are Cautious On PolyPore’s Prospect For A Near-Term Rebound, Says Wedbush