Weinstein noted, “Previously, we had speculated that UnitedHealth could be the first payer to cover the test if the company received FDA approval for the testing. However, UnitedHealth joined Aetna, Inc. and various Blue Cross and Blue Shield licensees in issuing noncoverage decisions over the last couple of months. We expect similar proclamations from other carriers as they update their policies in the next several months.”

The analyst added, “We believe this (or any of the updated coverage decisions) does not represent a final decision but just a step in the back-and-forth negotiation process that will take place between Exact Sciences and all commercial payers over the next 12-18 months. We expect the company will continue to work through that process ahead of a report from the United States Preventative Services Task Force (USPSTF), which is expected to provide an update to its colorectal screening guidelines by the end of 2015.” 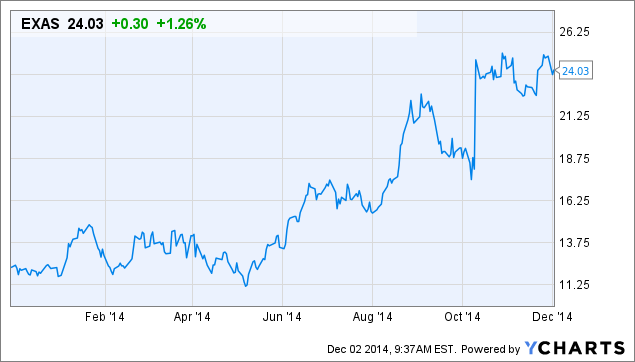