In a research note published yesterday, William Blair analyst Anil Doradla maintained an Outperform rating on Cognizant Tech. Solution (NASDAQ:CTSH), in light of recent news that CTSH has made an agreement to acquire TriZetto for $2.7 billion. No price target was provided.

Doradla wrote, “TriZetto is a software/solutions company focused in the healthcare sector. It provides core administration solutions to roughly 350 payers and covers half of the U.S. population (180 million people). In addition, the company’s SaaS-based revenue cycle management solutions are used by more than 245,000 providers. TriZetto has roughly 3,700 employees in the United States and India and offers access to new markets through its national and regional payers. Of its $711 million in LTM revenue, about two- thirds were recurring and 60% were software-based. Its LTM non-GAAP operating margin was 18.4%, below Cognizant’s historical operating margin of roughly 20%.”

The analyst continued, “Management expects the deal to be neutral to accretive to both growth and margins and expects roughly $1.5 billion of cumulative revenue synergies over the next five years. Cognizant has worked with TriZetto over the years, and the company’s acquisition would build on Cognizant’s existing healthcare segment (26% of sales). Roughly 60% of TriZetto’s $711 million of revenue is from recurring software, and Cognizant hopes to penetrate deeper into the healthcare space. With the acquisition, we believe the company is positioning itself to benefit from the multiyear secular tailwinds driven by an aging U.S. population, the Affordable Care Act, shifting responsibilities of payers and providers, and employers’ desire to shift to defined contribution. Management expects to provide more details during the company’s next earnings call. We maintain our Outperform rating and estimates.” Doradla added, “We came away with the sense that management did not want to increase investor expectations. We are incrementally positive largely due to the non-linear nature of TriZetto’s business model of roughly 60% of revenues being recurring and software in nature. Bottom line, in our opinion, as incremental revenue synergies hit the top line, operating margin leverage should provide a tailwind to potential earnings growth over the next several quarters.”

According to TipRanks.com, which measures analysts’ and bloggers’ success rate based on how their calls perform, analyst Anil Doradla has a total average return of 5.8% and a 52.9% success rate. Doradla is ranked #1367 out of 3298 analysts. 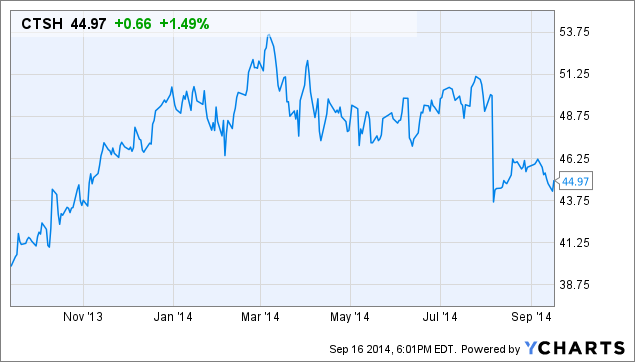