In a research note released Friday, analyst Bhavan Suri of William Blair maintained an Outperform rating on shares of Citrix Systems, Inc. (CTXS) following yesterday’s news that Mark Templeton will remain in his current role as CEO and will not retire next year as previously announced.

Suri noted, “We believe the CEO certainty will help improve morale and solidify Citrix’s longer-term strategy, which we believe has been somewhat ambiguous over the past 12 months. We remind investors that Mr. Templeton was a key driver behind the company’s past success with desktop virtualization, XenApp, and growing the NetScaler businesses”.

The analyst continued: “While some investors may remain concerned about the potential for further margin degradation (as Mr. Templeton may choose to further invest in sales and R&D—as he has done historically), we suspect that management understands the need to drive some margin upside over the next two to three years, and we point out that the recent decline in operating margin is really driven by lower gross margins (given the success of NetScaler—a hardware product with naturally lower gross margin). We believe the R&D investments and improving pipeline for the XenApp, XenDesktop, and XenMobile product lines should help drive some license growth in the second half of the year, which should benefit margins”.

According to TipRanks, which measures analysts and bloggers success rate based on how their calls perform, analyst Bhavan Suri currently has a one-year average return of 6% and a 50% success rate. Suri has a 52% average profit recommending CTXS, and he is ranked #1295 out of 3135 analysts. 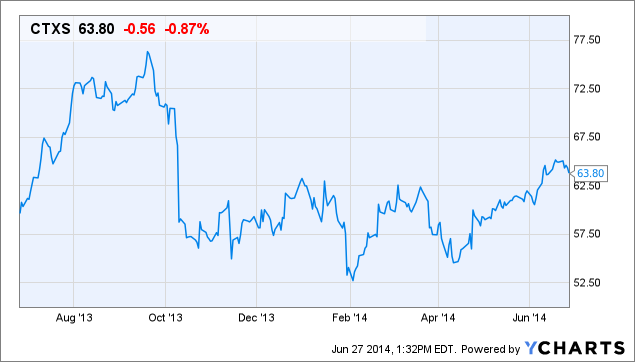