Xu noted, “From the Phase I/II data, brigatinib appears to have better single-agent efficacy than the competitors in the same class, as summarized in exhibit 1, which might be its differentiating factor as the third potential entrant into a relatively small market. Furthermore, “The pivotal Phase II ALTA study of brigatinib in ALK+ NSCLC is expected to read out by year-end 2015, and Ariad is seeking a partner for further development and commercialization.”

The analyst continued, “We believe growth of the global Iclusig franchise during 2015, the release of ALTA data around year-end 2015, and potential partnership on brigatinib should serve as important catalysts for Ariad’s stock in the next 12 months.”

The analyst reiterated an Outperform rating on ARIA with a price target of $11, which represents a potential upside of 23% from where the stock is currently trading.

According to TipRanks.com, which measures analysts’ and bloggers’ success rate based on how their calls perform, analyst Y Katherine Xu has a total average return of 18.1% and a 62.9% success rate. Xu has an -3.8% average return when recommending ARIA, and is ranked #470 out of 3633 analysts. 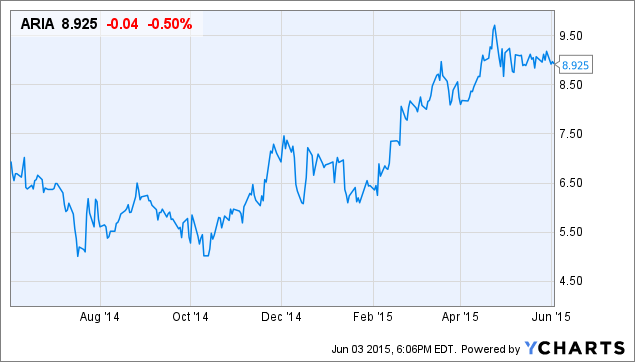