Breen wrote, “Following the strong second-quarter guidance issued on May 1, Akamai shares have been strong as the company continues to benefit from numerous positive trends in e-commerce, cybersecurity, IT outsourcing, and content delivery. Further, Akamai directly benefited from the FIFA World Cup, which achieved record streaming traffic and took place between June 12 and July 13. Demand is high for Akamai’s industry-leading content delivery network and Web performance solutions, both of which cater to an array of customer verticals”.

Breen continued, “Akamai is investing to improve capacity of its network so that it can meet the demands of its customers. In addition, the company’s goal is to expand the Akamai platform from the edge of the Internet, behind the firewall and into enterprise networks and into the homes of consumers. We further expect that Akamai would be in position to benefit from the reported new net neutrality rules that permit Internet service providers to charge for premium access. With positive fundamentals and attractive valuation, we reaffirm out Outperform rating on Akamai shares”.

According to TipRanks.com, which measures analysts and bloggers success rate based on how their calls perform, analyst Jim Breen has a -21.1% average return and a 33% success rate. Breen is ranked #3070 out of 3207 analysts. 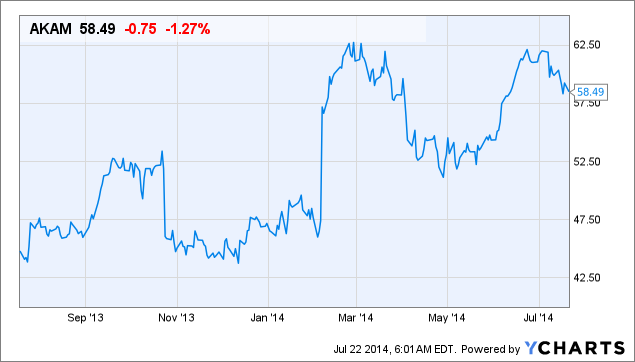