O’Brien said, “This data is compelling, and shows a notable improvement across a variety of metrics compared with the humanitarian device exemption (HDE) approved CentriMag RVAS, which is one of the only options that a surgeon has to implant when a patient experiences right ventricular heart failure (and a very invasive option). Consequently, we are confident that the Impella RP will likely also obtain HDE approval around March 2015. Some surgeons (though rare) will implant an HVAD as a form of right-side support, though this is an expensive option to use in this sick and complex patient population. The doctors who we speak with, even those who are somewhat opposed to the left-side Impella device, are actively seeking a better option for their patients with right ventricular failure, which we believe RP will satisfy.”

According to TipRanks.com, which measures analysts’ and bloggers’ success rate based on how their calls perform, analyst Matthew O’Brien has a total average return of -6.0% and a 28.6% success rate. O’Brien is ranked #2904 out of 3284 analysts. 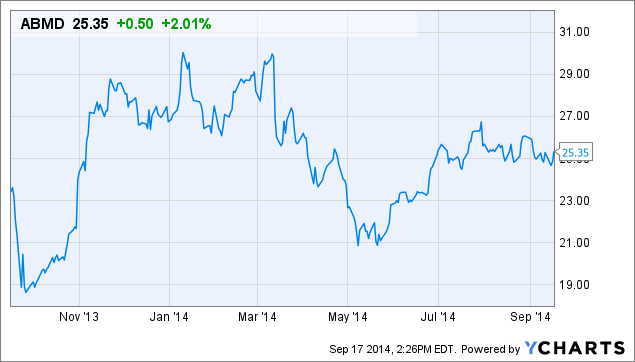 Zack’s Bull of the Day: ABIOMED