Heymann wrote, “UTAS’s management remains highly confident that UTAS is solidly on pace to achieve its 2014 targets for sales (up mid- to high single digits) and EBIT (up $300 million-$350 million). In its June 2014 quarter, UTAS commercial aftermarket spares orders (up 28%) were exceptional but are not set to continue at this level, although aftermarket revenues should continue to solidly expand as UTAS evolves from a transactional to a service-based business. UTAS is also on track to achieve its synergy targets from integrating Goodrich and Hamilton Sundstrand and could exceed its $500 million target by 2016 using a tiered approached. The first wave of synergies came from general-and-administrative expenses and headcount rationalization that began immediately after Goodrich was acquired in July 2012.” The analyst added, “UTAS’s target is to achieve 55% of aftermarket revenues (roughly $5.5 billion in 2013) from long-term contracts by 2016. UTAS prefers the certainty of contractual aftermarket sales, although they are not always as profitable as transactional spare-parts sales. UTAS typically prices a long-term project on par with transactional sales by selling customers the fixed nature of their future costs.”

Heymann continued, “The rate of recovery for sales of commercial spares, which rebounded strongly for the company in late 2013 and are expected to continue to enjoy solid upper-single- to low-double-digit growth in 2014, is another condition, although at this juncture it appears likely to influence the pace of potential upside improvement rather than represent a significant downside risk. However, recent instability in the Middle East has increased the price of oil, and if this were to be sustained at $120 per barrel or more, we believe this could quickly adversely affect the profitability of the global airlines and thus potentially result in slower near-term growth for commercial aftermarket spare parts and service sales.”

According to TipRanks.com, which measures analysts’ and bloggers’ success rate based on how their calls perform, analyst Nicholas Heymann has a total average return of 3.3% and a 66.7% success rate. Heymann is ranked #2282 out of 3250 analysts. 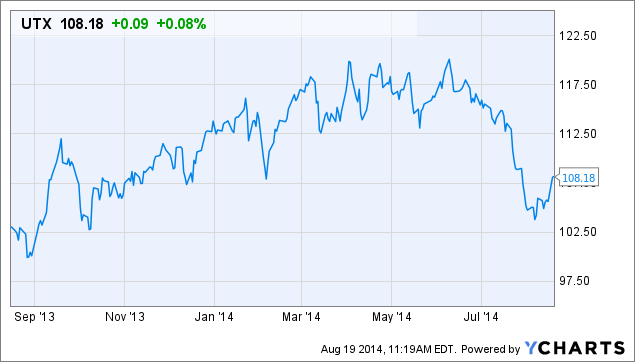