In a research report issued today, William Blair analyst Amanda Murphy maintained a Market Perform rating on Pacific Biosciences (NASDAQ:PACB), ahead of the company’s third-quarter earnings, which is scheduled for Thursday, October 23, after the markets close. No price target was provided.

Murphy said, “We expect a positive quarter, particularly in bookings (nine bookings) following weaker second-quarter bookings (five bookings). In late September and early October, PacBio announced that Macrogen and Human Longevity Inc. (J. Craig Venter’s firm) will each purchase two RS II systems (four total), pointing to continued traction of the platform. Also, in our view, it is important to note that both Macrogen and Human Longevity have purchased Illumina’s X Ten platform (Human Longevity has purchased two), highlighting the derivative effect of Illumina’s X Ten platform and importance of PacBio’s long-read technology in whole human genome sequencing. In our opinion, as more whole human genomes are sequenced (enabled by the X Ten), there may be an increase in use for refining human reference genomes.”

The analyst continued, “We are encouraged by the derivative effect of Illumina’s X Ten platform and continued enhancements in PacBio’s chemistry resulting in increased read lengths and accuracy. Still, given the company’s instrument size (in our opinion deterring some repeat orders) and Illumina’s dominant position in the high-throughput space, we continue to view the RS II as a niche product (although the Roche partnership could ultimately result in a smaller machine). Thus, we maintain our Market Perform rating on PacBio.”

According to TipRanks.com, which measures analysts’ and bloggers’ success rate based on how their calls perform, analyst Amanda Murphy has a total average return of -0.7% and a 57.1% success rate. Murphy is ranked #2250 out of 3332 analysts. 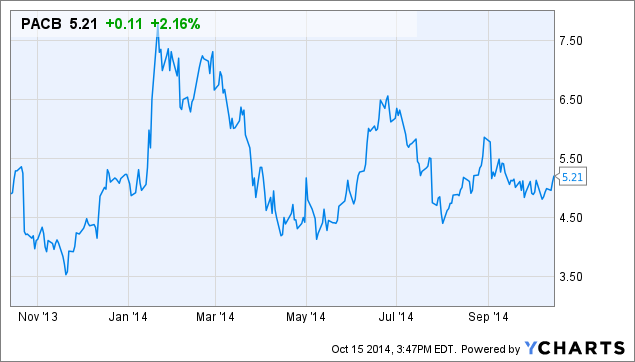