After the markets closed on Thursday, July 24, Pacific Biosciences (PACB) reported second-quarter results that were in line with expectations, though the company’s bookings fell short of expectations (five bookings versus our estimate of nine).

In reaction to the results, William Blair analyst Amanda Murphy today maintained a Market Perform rating on PACB and no price target was given.

Murphy noted, “Revenue of $11.4 million was slightly below our estimate of $11.9 million and essentially in line with Street consensus of $11.3 million. Net loss per share was in line with our and Street consensus at $0.27. Despite the light bookings,which management attributed to customer logistical and tender delays, management reiterated full-year revenue guidance of 70% ($47 million to $48 million)”. She continued, “PacBio has established a leading position in long-read technology, which has proved useful in certain applications (e.g., HLA typing, de novo bacterial sequencing, transcript isoform sequencing). Management also stated that the Roche (RHHBY) partnership continues to track as planned and expects a milestone payment later this year. Though, at current valuations, estimates imply meaningful revenue growth beyond 2014, we continue to believe PacBio ultimately operates in a niche market and might be limited by the size and cost of its platform”.

According to TipRanks.com, which measures analysts and bloggers success rate based on how their calls perform, analyst Amanda Murphy has a -0.6% average return and a 25% success rate. Murphy is ranked #2513 out of 3223 analysts. 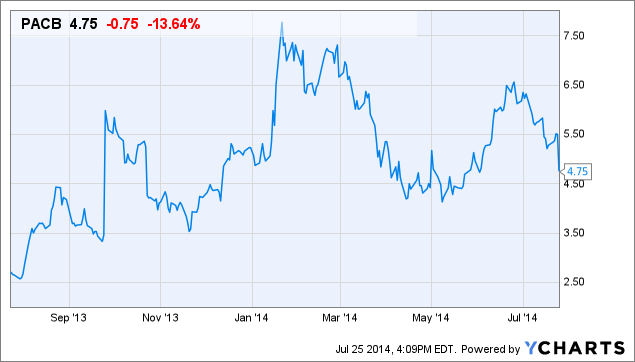