William Blair Analysts met with the Management of Cornerstone OnDemand (NASDAQ:CSOD) to discuss financials and the future of the company. In result of this meeting, analyst Justin Furby maintained yesterday a Buy rating and no price target was stated.

Furby noted: “We walked away from management meetings more positive about Cornerstone’s near- and longer-term growth opportunities, and we believe that the company’s competitive position remains strong and end-markets are healthy. This is best reflected in Cornerstone’s 44% billings growth in the second period; this performance came against the toughest comparison of the year (55%), and it came without upside from areas such as the client sales team or federal government. The pipeline appears robust, and we get the sense that new business through, and we get the sense that new business through the first half of the quarter has remained strong, which seems to be giving management more confidence that the third quarter will not be as back-end loaded as the second.” 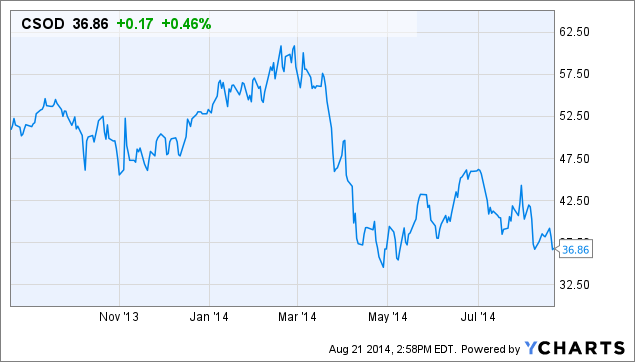 William Bliar Maintains Outperform On Cornerstone Ahead Of 2Q14 Results