In a research report released today, William Blair analyst Tim Lugo reiterated an Outperform rating on shares of ZS Pharma Inc (NASDAQ:ZSPH), while raising the price target to $110 (from $75), following the news that Actelion made a $2.5 billion offer to acquire ZS Pharma.

Lugo wrote, “We find the timing of this offer intriguing given the upcoming PDUFA date for competitive product patiromer from Relypsa on October 21, 2015. While there is some overlap between ZS Pharma and Actelion from a strategic point of view, as pulmonary arterial hypertension (PAH) specialists include cardiologists (one of the key likely prescribers of potassium binders), the interest by Actelion likely includes an interest in building out a cardiovascular franchise and we note that the company has cardiovascular-diseasefocused pipeline therapies in early stages of development.”

Furthermore, “Our price target is derived from comparable transaction multiples on peak sales, which we have included below. In sum, while we are uncertain of the outcome of the process, we continue to like ZS Pharma as our top pick in 2015, and given recent acquisitions of companies with highquality branded assets, we have maintained our belief that the company could eventually be a potential target and involved in a competitive process that will likely command a significant premium regardless of the outcome of the current Actelion discussions.”

According to TipRanks.com, which measures analysts’ and bloggers’ success rate based on how their calls perform, analyst Tim Lugo has a total average return of -3.6% and a 42.9% success rate. Lugo has a 75.9% average return when recommending ZSPH, and is ranked #3157 out of 3754 analysts.

All the 4 analysts polled by TipRanks rate ZS Pharma stock a Buy. With a return potential of 7.4%, the stock’s consensus target price stands at $83.75. 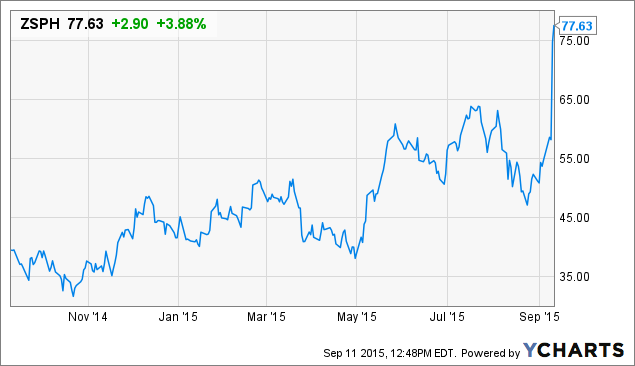